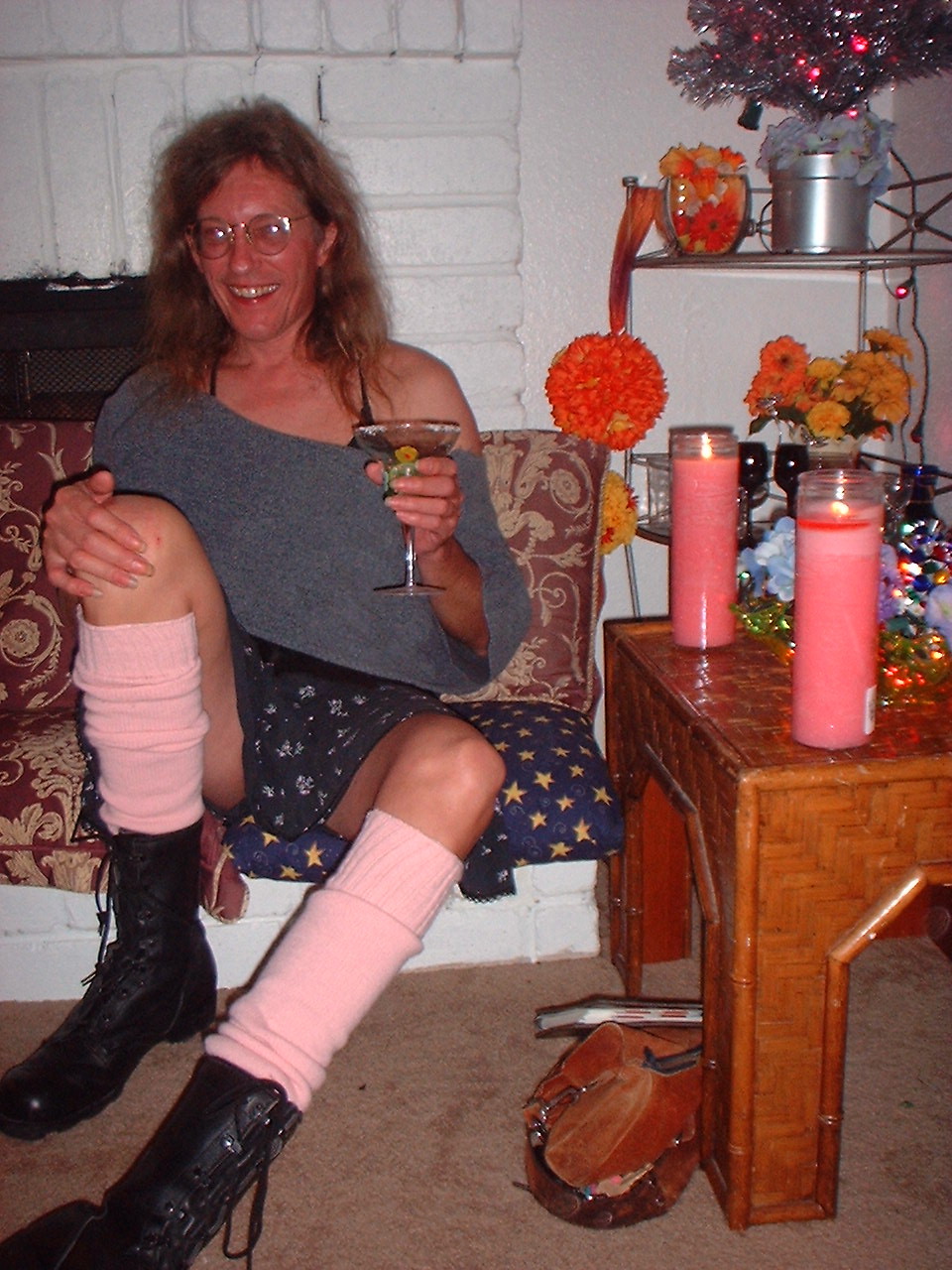 Is it a boy or a girl? This is usually the first question asked when an infant is born. Unfortunately, we live in a gender binary world where there are only males or females. Yet nature is much more diverse. There are people who are born that are neither male nor female, but have characteristics of both. In Native American culture these people were called People of the Third Gender and had a role in function in the tribe. In other ancient cultures hermaphrodites had a role and function in their society.

The Eradication of a Gender

To learn more about intersex people, go to The UK Intersex Association website. In the modern world, infants who are born intersex are routinely surgically altered to appear female or male. While this is slowly changing, it still happens far too often.

It is estimated that 1 out of 2000 babies born are intersex. This is one of the more conservative estimates. Some studies document the fact that 1 out of 300 babies born have some type of intersex condition. Sex is highly complex. In sexual development there are many developmental processes that occur that determine our sex. Sex is not a binary system, but rather a continuum. Male is at one end and female is at the other end of the continuum.

My true sex is not legally recognized. The legal system only recognizes male and female.  I am not allowed to have sexual reassignment surgery to restore my true sex that I was born with. I am only allowed to be male or female.

So, with all this, I was disempowered. My true sex has been eradicated.

On the positive side, I know my true gender. I am a Hermaphrodite. To reclaim my birthright and reclaim my personal power, I called on 15 people I was close to and together we performed a very special ritual which I later named a Hermaphrodite Reclaiming Ritual. We performed the ritual on January 9, 2000.

The ritual was powerful, and I became a whole person as a result.

Having had doctors perform sexual reassignment surgery on me when I was an infant, without my knowledge or consent, it has left me with feelings of powerlessness, frustration, anger, and shame. On top of that, they performed circumcision, which added insult to injury.

When I restored my foreskin, I felt empowered. It removed some of the feeling of shame. Yet I still felt the shame of having mutilated genitals. We live in a sex-negative culture that has eradicated all genders except female and male. All my life, I have never been able to identify as either female or male. How could I since I was born a different gender?

I do not know if my parents were informed of this or not. When I was born, the common practice in medicine was to take the newborn infant to another room, perform sexual reassignment surgery, and return the infant to the mother without informing the parents and without documenting it in the medical records.

As I grew up, many attempts were made by many people to socialize me as a male. They all failed completely, even though I did try my best to be a male, but that was before I learned the truth.

On an emotional level, it has been difficult dealing with living in a gender dualist world. The doctors that performed sexual reassignment surgery could not cut deep enough to take away my true gender.

This has caused some complications, though. Because of the illusion that the doctors created in my body, many see me as male. It is very difficult to break the illusion. Being a hermaphrodite in a world where only females and males are allowed to exist creates a dilemma.

With this ritual, I am reclaiming my true gender of ladyboy and shaman (sheman). I am feeling a growing sense of pride in my gender and my differences.

We had just passed the Winter Solstice. This is the time when the Sun dies and is reborn. In old times, they lit beseeching fires all night long to call back the sun to rebirth. While there were dark elements in this ritual, in a symbolic way I was sacrificing my genitals and calling them back to be reborn and transformed.

I welcome the dark side. Pain can be a cleansing and purification. In my belief system, you cannot have light without darkness. You cannot have dark without light.

So, in this darker type of ritual, I hoped that I would see my true gender more clearly and also that others would see it too.

To prepare for the ritual, I was provided with a warm-up. It started with paddling my cock and balls lightly at first and intensifying the swats gradually. I desired pain to cleanse and purify the illusion the doctors created in my body.

I was prepared for the ritual with the use of nipple torture, spankings and ball torture. I felt myself shifting into a trance state.  I could tell the endorphin levels were raising in my body as the painful sensations transformed into ecstasy.

The priestess called the quarters and called the goddesses and gods to join us in our ritual.

The Priestess began the ritual. “The intent of this ritual is for Gigi to reclaim a birthright symbolically. Gigi is Third Gender. Gigi is neither male nor female. Gigi is both girl and boy. Shortly after birth, Gigi was surgically altered to appear male. It is time now for Gigi to reclaim the birthright of being a hermaphrodite. Are you ready to receive sexual stimulation as a girl?”

I felt honored to receive as a girl. I felt one with everyone present as they watched my cock being fucked with the vibrating metal rod. I reached a non-ejaculatory orgasm. I felt the waves of pleasure wash through my body. Then orgasmic wave after orgasmic wave washed through me.

“I desire this with my heart and spirit. I will no longer live the lie. I will be the person I was born to be with love, compassion, and pride.”

My foreskin was pulled back and my cock was restrained. “I am ready to transform my genitals into the genitals of a member of the Third Gender.”

I received the female symbol within the gland of my phallus. The priestess slowly inserted the piercing needle a third of the way in and stopped briefly. “You are on the path of becoming balanced. Receive this gift and embrace your true gender.”

She pushed the needle another third of the way through. I felt the needle penetrating my flesh. Being deep in trance, there was no pain. The magick of the ritual transformed the pain into ritual ecstasy, and I flew higher. Within the essence of my core being, I was going through a radical transformation. I felt whole and complete.

“This symbolic hole represents the vulva that was hidden and stitched shut. With this final thrust I break the illusion.” The Priestess slowly pushed the needle through. As the point came through, I felt a moment of pain, and I felt reborn.

“From this moment on you are who you were born to be.” The Priestess held my newly transformed genitals and invited all present to see.

I felt elated and complete. I felt connected with everyone present and compassion flowed through the room.

The ring was placed into my magick wand. I wear the circle as a gesture of unity.

When a baby is first born, one of the first questions asked usually is: “Is it a boy or a girl?” We are an it, not a person, until that question is answered. Our gender and our sex is an intrinsic part of our identity.

What is it to be one of the third gender? For me, I am neither female nor male, and I am both female and male. I am a living paradox. I walk on both sides of gender. I embrace both the feminine mysteries and the masculine mysteries.

I guess that part of the moral issue for me is that when a doctor eradicates a gender and reassigns an infant to a gender they are not, keeps it a secret, and sends that infant out to the world to grow up and develop as a fully functioning person, then a moral crime has been committed.

The vulva is open and reclaimed. On a spiritual level, I function as a sacred harlot. I do a lot of work in sacred sex and sex magick. It is my calling. I work on sexual healing and body image healing. We all live in a sex-negative society where human sexuality becomes objectified.

One of the consequences of living in a sex- negative society is that people tend to repress and deny many of their sexual feelings, especially negative sexual feelings, having been wounded on a psychosexual level. When this happens, it can affect sexual functioning. Being a hermaphrodite, I am able to heal, reclaim, and develop fully.

Being intersex, the third gender, is not actually all that difficult for me. The hard part is living with the restrictions imposed on me by society. I am who I am, even if there is no name for me. I know who and what I am. The gender mysteries I am talking about have to do with magick and transformation.

I reclaim my birthright of my true gender. I wear a ring in my symbolic hole, the ring being a circle has a symbolic meaning for me. It represents a hole and it represents balance. The Yin and the Yang live in a circle. So I wear my circle in the gland of my penis with pride. I am empowered. I am Third Gender. I am hermaphrodite.